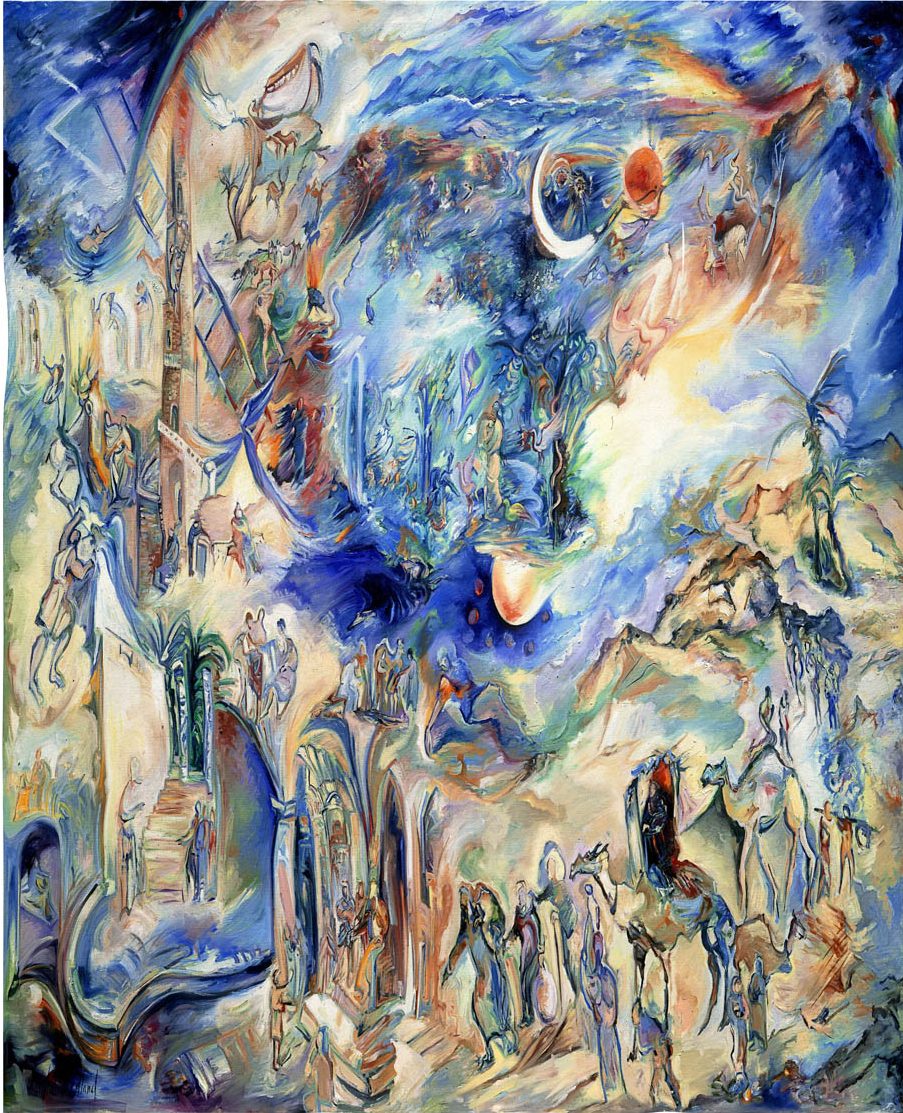 The topics that the artist chose to illustrate, with the Biblical verses that informed her creative process

On a single window of swirling colors, the artist renders the dramatic narrative of the first book of the Hebrew Bible, Genesis.  The Creation is shown to the upper right of the painting in all its drama and wonder, with its culmination, its purpose, and its crowning glory — man — located in the center.  Pure and glowing, this central point of both the Creation and the window suggests that the divine energy still exists to give strength and inspiration to both nation and individual.  Around man, the foundational story unfolds in shades of blue and orange, through the expulsion from Eden, Cain’s murder of Abel, the Tower of Babel, the Flood, the binding of Isaac, Jacob’s struggle with the angel, and the story of Joseph’s betrayal by his brothers, with its hint of the coming descent into Egyptian slavery.  Integral to the work, as to Genesis itself, is the enduring balance between the immorality and corruption of man, which will lead him into Egyptian bondage, with the Almighty’s divine promise for humankind’s future.  On the window’s left, we see the symbols of hope: Noah’s rainbow, the ladder of Jacob’s dream and the dreams of his son Joseph — affirmations of G-d’s promise to the humankind and His covenant with the Jewish people.