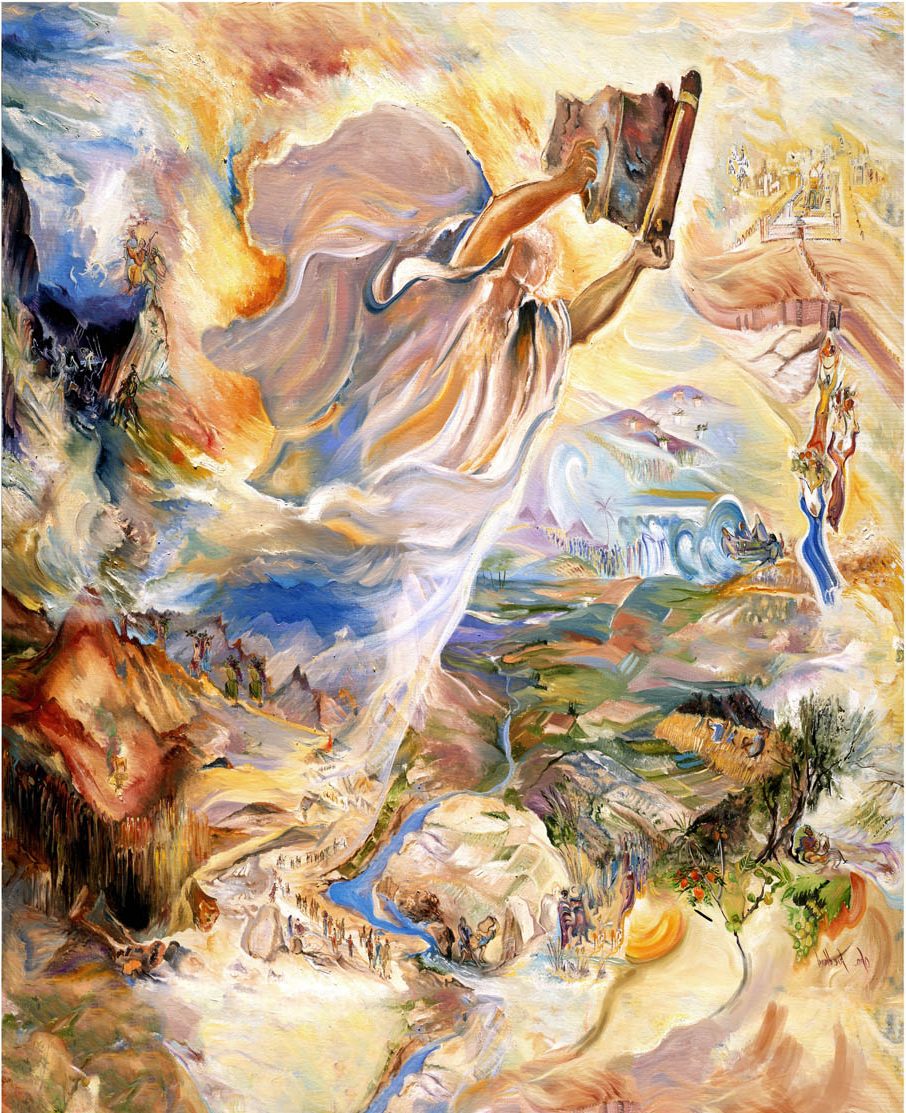 The topics that the artist chose to illustrate, with the Biblical verses that informed her creative process

The figure of Moses, tiny in Numbers, fills Deuteronomy, the fifth and final window in the series, just as he fills this last of the Five Books.  Rising from the desert and leaning toward the Promised Land he will never enter, he is the inspiration and soul of the people he has led from slavery to nationhood. In this highly organized composition, the Tablets of Law that he holds aloft remind the Israelites they are a holy people.  As they prepare at last to cross the Jordan River (in the window’s center — Moav to its left, and the Land of Israel to its right), Moses bids the people a lengthy farewell.  He begins by recalling their past years of wandering.  Behind him, to the window’s left, we see the dramas of the past:  the giving of the Torah at Mount Sinai, the sin of the golden calf, the spies and their false report, and the many battles, fought and won.  Harsh, intense colors in contrasting hues jostle one another, the brushstrokes moving in every direction to create an atmosphere both chaotic and awe-inspiring.   He goes on to anticipate their future as a nation in their own Land:  the lowest level of that future is fertile farmland;  above it are the three annual pilgrimage festivals; and it is crowned by the Holy Temple in Jerusalem, all of them painted in a vivid palette that evokes the contemporary Land of Israel.